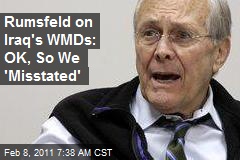 If you have read some of my earlier posts, you will already know that my wonderful mother is my writing/plotter/editing buddy. You might not also know that mum writes a book review blog – What Book to Read. She will be reviewing Conspire soon, so watch out for it! But in the meantime, she has written a guest post on the theme of Conspire – conspiracies. Enjoy!

Victoria is writing about conspiracy theories, and has an earlier post about them. So it was with interest that I noted that regular Sydney Morning Herald columnist Mike Carlton is having a go this week at conspiracy theorists, specifically those who don’t believe that Osama bin Laden is dead.  He notes their poor spelling, and concludes that maybe they are just plain stupid. He’s probably right on this one.

But his column reveals some of the problems of writing off all conspiracy theories as rubbish. To start with, he quotes one conspiracy theorist who doesn’t believe bin Laden is dead because of ‘America’s past lies about Iraq’. Well yes. There was a conspiracy on the part of the American and other governments to invade Iraq on the grounds that it had weapons of mass destruction. Only it didn’t, and they knew it didn’t. So the new and stupid conspiracy grows from and older conspiracy, which may appear just as stupid in retrospect, but was believed by many people at the time. If you lie to people often enough, it’s not surprising they stop believing you – and make up their own theories.

Carlton also puts forward his own conspiracy theory – that a lot of highly placed people in Pakistan knew Bin Laden’s whereabouts, and chose not to tell the Americans. This is denied by the Pakistan Government – but then it would be, wouldn’t it? Carlton’s conspiracy theory seems perfectly reasonable, and not plain stupid at all.

Some theories look like crazy conspiracies at the beginning, but end up being perfectly rational assessments when more is known. Others are always crazy. The trick is to know the difference – which is sometimes harder than you’d think.

This problem of conspiracy theories that seem crazy and conspiracy theories that seem quite sane is one of the underlying issues in Victoria’s book Conspire. When the public has been lied to by governments so many times, is it any wonder that people don’t believe them? And that when they are telling the truth, there are always people ready to say they are lying? Alex North, the journalist heroine in the story, is as dismissive of the standard conspiracy theories – around the assassination of Kennedy, the moon landing, 9/11 etc – as anyone else. But what if what she is discovering is not a crazy conspiracy, but one that it is quite sane to believe in? Governments have fooled us before … Like Mike Carlton, she has a foot in both camps.

It’s true that it comes down to the evidence, but even then we need to be clear that what we are being shown or told has a reasonable basis in fact. And we’re not usually in possession of all the facts. This is where Wikileaks comes in; they are providing evidence about things governments or big business don’t usually reveal to the public. Critics of Julian Assange argue that there are some things that need to be kept secret – and this is an issue also raised in the book. What can justify secrecy on the part of an elected government?

I find it really interesting that since Victoria started writing Conspire, so many examples of both crazy and sane conspiracies have come to light. Fact may turn out to be stranger than fiction. Either way, I hope you’ll read Conspire – if only to see from her spelling whether she’s a crazy conspiracy theorist or not. 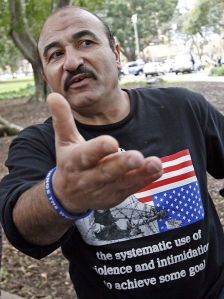 Today brought the welcome news that Osama Bin Laden has been killed by US Special Forces in Pakistan. I hope this brings some closure to the families of victims of the September 11 Terrorist attacks.

I was curious to see that within hours of the announcement, the Australian Yahoo news site was already reporting that Mamdouh Habib had said that there was no evidence that Osama Bin Laden was a terrorist. He also apparently said: “America is the war on terror, George Bush is the war on terror”.

Mamdouh Habib is an Australian who was arrested after the September 11 attacks, accused of knowing about the terrorist plot, training hijackers and staying in an Al Quada safe house in Afghanistan. After being incarcerated in Guantanamo Bay and eventually released without charge, Habib accused the Australian government of letting the Americans torture him. No evidence has ever been uncovered that shows Habib did anything wrong, so it’s no wonder that he is fairly unhappy with both the Australian and American governments.

Habib is welcome to his resentment, but is he a believable conspiracy theorist? Can we trust what he says about Osama Bin Laden? In my opinion, he has no credibility whatsoever. After all, his defense case was built on claims that he knew nothing about Al Quada and had no involvement in their plans. So he can’t have it both ways! He can’t now promote himself as a defender of Osama Bin Laden when he supposedly knows nothing about him! His motivation for promoting this conspiracy theory is far from reliable. I suspect he’s trying to promote his book.

If you ever read my book Conspire you will find it full of conspiracies. But this is not to say that I am a conspiracy theorist. My fascination is with why conspiracies develop, how they are uncovered, whether there is any truth in them, and why some people choose to believe them and others don’t. This is why Habib’s claims interest me.

There is no simple way to define conspiracy, but I think another Australian, Julian Assange, did a fairly good job in his Wikileaks manifesto. I like his definition so much, I’ve made it the foreword to Conspire:

“to make secret plans jointly to commit a harmful act; working together to bring about a particular result, typically to someone’s detriment. ORIGIN late Middle English : from Old French conspirer, from Latin conspirare agree, plot, from con- together with spirare breathe.”

Assange also placed this definition under the heading of:

“Authoritarian power is maintained by conspiracy”

This is the part that I find particularly interesting.

Assange believes that all conspiracies are detrimental to a democratic society – and that all secrecy is in some way a conspiracy. He thinks the only way to remove conspiracy is to have total transparency – which is the justification behind his releasing of documents on Wikileaks.

I don’t, however, think that all conspiracy is the work of those with authoritarian power. There are a myriad of reasons why people choose to partake in conspiracies, uncover them, or in some cases, fabricate them for their own self-interest.

It is sometimes impossible to tell the difference between a real conspiracy, and a false conspiracy someone has made up. But it seems to be human nature for people to try to work out if there is something untoward happening that they should know about, or if someone is trying to con them into believing their lies to discredit some other party or to promote their own cause.

Conspire is a work of fiction, about Alex North, a cynical journalist, who comes across a conspiracy that at first seems too outrageously ridiculous to be true. Alex looks down her nose at conspiracy theorists, and would never like to be accused of being one. But she is slowly persuaded that there really is something untoward going on. As she is convinced, I hope the reader is too.

Like many good conspiracies, it’s not just knowing about it which makes it important; it’s deciding what to do about it. And that’s what Alex’s challenge is. Not only is her life at stake, but the future of the world is being threatened. How that’s for high stakes?