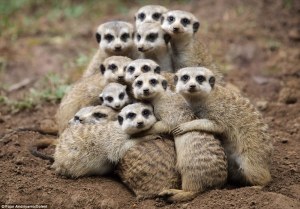 They say a week is a long time in politics. Australia has just proven three weeks is an eternity. Although the days of the Liberal government seem to quickly be coming to an end, it’s still a shameful fiasco which reminds us that we’re just pawns in Liberal power games. That is why this post is a call to arms, a call to action, a call to the collective: a call for Solidarity Sunday.

So, what has happened in the last three weeks?

In a car-crash we couldn’t look away from, we saw Turnbull, Morrison and Dutton kick, scratch, claw and bite their way through a Morrison-orchestrated mud-wrestle. The Liberal Party was satisfyingly smeared with mud in the process, which was the major up-side. The major downside, however, has been watching Morrison simultaneously flooding the airwaves with vomit-inducing puff-piece-PR, while simultaneously invoking the-stuff-of-nightmares culture wars.

The Daily Telegraph has been running the charm-offensive, with ‘middle-Australia’ daggy dad photo ops and Howard-like-lowest-common-denominator waste-of-time media stunts, starting off on drought-stricken farms, moving to less than impressed toddlers, and of course the obligatory rugby-tackle-macho-press-conference. At the same time, this apparently happy-go-lucky larrikin Aussie bloke, who promised his happy-clappy religion wouldn’t interfere with his politics, has been proving me right when I said he most certainly was not a moderate. He’s gone turbo-charged-bigot by encouraging Australians to bully bisexual and trans teenagers. He’s asked a secular nation to pray that it rains. He’s brought up religious freedom again, to remind us that he didn’t want gay marriage, and he is willing to legislate to allow gay people to be discriminated against. Oh, and while this is going on, he’s also plagiarising his predecessor’s obsession with trade union bashing by calling for the deregistration of the CFMMEU, over a naughty word in a tweet. Morrison is literally trolling Australia.

These are just some of the lowlights of an extraordinarily bad start to Morrison’s term as PM, which includes the sick joke of making Abbott a ‘Special Envoy’ to Indigenous People, appointing an anti-wind-farm loony as Energy Minister, saying he wants to pull out of the Paris climate agreement, and of course standing by while Dutton heaps scandal on top of visas-for-rich-mates scandal, with no end to the potato-head-who-misled-parliament in sight. Just when we thought the Turnbull government couldn’t get any worse, Morrison popped up to show us that things can always get worse, and that when we said we wanted to see the back of the wet-lettuce-leaf-inept-Turnbull, we should have been careful what we wished for.

While this has all been going on, there have of course been other reasons to group-hug, to pull together, to show bravery in the face of adversity, to stand our ground: the Murdoch unravelling.

Again, the fireworks were fun, the popcorn was buttery, and the tweet stream as distracting as it’s ever been, but still, we face an uphill battle. This unravelling started with Chris Ulhmann’s on-air rant about Murdoch and shock-jock friends influencing the Libspill. Then Bruce Guthrie, ex Murdoch-editor jumped in and told us what we already knew: that Murdoch uses his media empire to campaign against his political rivals. Then, just to be sure, Kevin Rudd said – yep – totally true, the Murdoch media is run as a political party and is a ‘cancer eating at the heart of democracy’.

Amazing, isn’t it, how Murdoch can campaign against Labor every single day for my entire life, and suddenly when he decides a Liberal PM has to go, he’s crossed a line! Well, at least we’re talking about this now, and it’s all out in the open, so I can stop being called a conspiracy theorist.

The bad news, of course, is that Labor still has to deal with the fact that whether Murdoch wants puppet Turnbull, Morrison, Dutton or Abbott in the driver’s seat of his political arm, he most definitely does not want Bill Shorten. Now that the dust has settled, Murdoch’s minions are back obediently carrying out the core-business of ‘Killing-Bill’. That’s why all us tweeps need to protect our country, protect our collective interest, to stand together like a wall of ‘we will not be fucked with by the Liberal-Murdochracy’.

We need to defend ourselves against the oncoming anti-Labor onslaught that the Murdoch-media will heap onto us as we head into the next election, and we need to do this like never before. This could be Murdoch’s last chance at influencing an Australian election, so let’s make it his most disappointing result ever. Let’s kick Scott Morrison and his Liberal accomplices so far from office, they will never have a chance at screwing over our beautiful country ever again.