← We need to talk about Steve
The Liberal’s ‘unsellable’ agenda →

Missing in action: a tale of two narratives 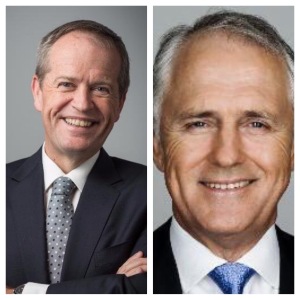 It is hard to understand why the media are surprised at another undecided election result where we are once again headed towards minority government, since the polls predicted this knife-edge outcome for the last eight weeks. Either way, the media’s prevailing election campaign narrative, which congratulated Turnbull’s clever, safe, detail-light strategy has come crashing down since Saturday, replaced with an analysis of what went wrong for the Liberal National government.

One of the more thoughtful post-election narratives is exemplified by Ian Verrender who says wealth inequality has caused mass-disenchantment with ‘the establishment’. Verrender writes:

A revolution is sweeping across the developed world, as an increasingly disillusioned lower and middle class find themselves threatened and disenfranchised by the economic forces unleashed by the rise of technology and an increasingly global economy.

This analysis is correct; there is no doubt people earning lower and middle-incomes are slowly awakening to the raw deal they are getting from neoliberal economic policies which hurt them whilst making a shrinking elite-class richer and richer.

Such a revolution is used to explain the shock Brexit result in the UK, and the popularity of supposably anti-establishment candidates such as Donald Trump and Bernie Sanders in the US. Here, Verrender argues, it has caused an increasing number of voters to abandon the two-party system in favour of minor parties and new-or-re-released ‘others’ such as Pauline Hanson’s One Nation and Xenophon’s NXT.

But while commentators like Verrender have identified the problem (wealth inequality), they still seem blind to the solution. This ‘inequality causing a pox-on-both-the-major-parties’ narrative is missing the elephant in the room. So, while journalists don’t understand, nor report the solution, their audience remains uninformed, and low and behold, the problem goes unsolved. Have the media forgotten that it’s not just their role to report what happened in the election, but to give voters the information they need to make the best decision before they go to vote?

Correct me if I’m wrong, but not once did I hear, see or read a mainstream journalist during the election explain that wealth inequality would not be solved, or even lessened by voting for an anti-establishment candidate. Nick Xenophon might be very good at attracting media attention through stunts and a hollow promise to ‘do politics differently’, and Pauline Hanson might be adept at attracting racists, but how far did any journalist get in unpicking soundbites to explain how a vote for these diverse ‘other’ candidates does nothing to improve a voter’s inequality of wealth?

For those who were looking, who weren’t distracted by the anti-establishment-rejection-of-major-parties symptom of wealth inequality, there was actually an election campaign going on over this very issue. In fact, the entire election campaign was a battle between Turnbull, representing the neo-liberal trickle-down narrative, where tax-cuts-for-capitalists are responsible for ‘jobs and growth’, versus Shorten, representing the inclusive growth narrative where the consumer-power of lower and middle-income families is the generator of jobs and growth. This consumer power arises from a more equal distribution of wealth, benefiting all. Labor’s narrative goes beyond the old ‘safety net’ concept of welfare for those left behind by a globalised economy, replacing it with an understanding that prosperity is driven by inclusion; by not leaving anyone behind.

If you want to simplify this conflict further, which no doubt journalists would prefer we do, we saw a merchant banker versus a union leader fighting it out over the best way to manage the economy. Don’t believe me? Do you remember when Turnbull said this during an ABC 730 interview with Leigh Sales?

Well everybody knows that their prosperity depends on the prosperity of their employer…they want to know that their business is doing well, that the company they’re working for is investing, is growing, is able to retain more of its earnings and put more of it back into the business. You see everything we’re doing is going to encourage more investment.

This is an example of the completely-de-bunked trickle-down narrative which assumes that any policy benefiting an employer will benefit employees.

In contrast, did you notice how Shorten, numerous times, in fact, every day of the election, said something like this statement he made on the day of the Brexit, when journalists repeatedly said share market volatility would help the Liberal campaign:

The argument about not changing the government goes down to the economic fundamentals and the economic plan… our decisions to invest in people through a good education system, a world-class education system, and a world-class health system … to invest in public transport, in infrastructure for roads, in tourism infrastructure, in the NBN, is the right way to go…It is all about building sustainable growth, and at the heart of sustainable growth is inclusive growth. When working class and middle class families… feel disengaged from the political process, then you see the sort of results you see in the United Kingdom.

Shorten’s entire policy platform and election campaign were, in fact, encapsulated in the inclusive growth narrative I wrote about before the election. I heard this storyline repeatedly in Labor candidate statements, and just as importantly, in Labor’s policy platform: funding for education, health, infrastructure, protection of wages such as penalty rates, reforms to negative gearing to reduce inequality in the housing market. These policies are the nitty-gritty real-world outcomes which help to reduce growing inequality, which in turn helps grow the economy and creates jobs for everyone’s benefit. How many voters were told by the media about this solution to growing wealth inequality and were told Labor is offering policies benefiting everyone’s collective prosperity?

While the media focused on soundbites, gotcha moments and gaffes, and reported the ‘jobs and growth’ slogan as if it were a plan, and while they gave endless publicity to the side-show-no-policy-detail-required to anyone running against the major parties, they missed the real ideological battle playing out right in front of them throughout the entire campaign.

The most interesting element of the election result, however, is that I don’t think the electorate made the same mistake the media did. Voters know personally how important education, access to healthcare, a fast NBN, public transport, environmental protection and renewable energy, penalty rates and childcare funding is to their everyday cost of living, and their ability to compete in an economy stacked in favour of the rich. That is why, even with a low primary vote, Labor has still managed, through voter preferences, to put themselves in a winning position.

Therefore, the real story this election is the backlash against the Liberal National’s neoliberal trickle-down agenda, which, even when propped up and maintained by the mainstream media, isn’t attractive to voters anymore because they can see the damage these policies cause to the economy and social fabric of their communities.

Even if the Liberal Nationals manage to form a minority government, with a wafer thin majority and possibly 20 crossbench senators to work with, every neoliberal policy brought to parliament will have to be sold, negotiated and justified to MPs and senators elected by voters who are concerned about growing wealth inequality. So voters have, in a way, got what they voted for; a government who will be forced to take their needs into account. What could be more exciting than that?

I look forward to the media catching up with the electorate to recognise that the major parties are offering two different world-views, and reporting their policies as such. I look forward to the media realising a hung-parliament and a diverse senate is a good outcome for Australians, rather than framing this situation as chaos and unworkable. An uninformed electorate has put Labor’s anti-wealth-inequality policies within striking distance of government. Imagine what an informed electorate is capable of.