← An Open Letter to Joe Hockey
What will it take for the Greens to be ‘mainstream’? →

What went wrong for UK Labour? 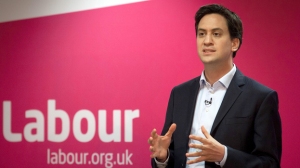 Through my study of political narratives I’ve learned many interesting things. But the one most important lessons is that a political narrative has to be simple to be effective. I will add yet another opinion to the thousands that are being written this weekend to analyse what went wrong for UK Labour by saying that their political narrative was all over the place and didn’t give mainstream voters something concrete to hang their hat on.

I’ve already seen a lot of commentary on Twitter from progressives who are saying ‘if only Labour had been more left-wing, they would have won’. There’s no evidence for this. If Labour had been more left-wing, in fact, they probably would have lost by even more. And if being more left-wing was the answer, why did the Greens do so badly? This attitude seems to be the usual knee-jerk reaction from many progressives, who think that if only a major party appealed more consistently to a single individual’s values, they would win easily. Because we all think we’re mainstream – even those of us who are further left than the Socialist Alliance. Perhaps it’s not that we all think we’re mainstream. Perhaps it’s that we all think our political values are the correct ones and if a party wants to win they should adopt these correct values and then all their problems will go away. This attitude is not only spectacularly selfish, it’s also completely unhelpful. Because just standing there where you are and saying ‘if only Labour was more like me’ doesn’t help to convince the myriad of voters out there who fall all over the political spectrum, from left, to right, to moderate, to swinging in the breeze, to having no idea what left and right is, to the racists who voted UKIP, that Labour is the party FOR THEM. The truth is, to win an election, you need to show you’re ready to govern for EVERYBODY and progressives need to get better at showing how their values are GOOD FOR EVERYBODY – even those who have different political values to theirs. This is the simple platform that Labour should have built their political narrative around – appealing to the better values of all voters in the UK, not just the values of progressives.

In fact, if progressives have bothered to check out UK Labour’s policies, they were, in the most part, extremely left-wing, particularly as compared to the Conservative alternative. Raising the minimum wage. Re-funding and not-privatising the NHS. Pro-immigration. A mansion tax. More vocational education opportunities. Tightening loopholes that assist with tax evasion. Sure, if you’re looking for a party who will completely reject the idea of capitalism, you’re not going to find the Labour party appealing. But the mainstream are not interested in rejecting capitalism – the point is the mainstream just needs capitalism to work in favour of the masses, rather than the few very rich. This was an idea that Labour leader Ed Miliband did try to communicate, but it was drowned out by a very messy narrative of having to defend against other progressive parties hell bent on splitting the progressive vote, it was drowned out by unhelpful progressives urging voters not to vote, and it was drowned out by a Murdoch campaign the likes of which should send shivers down the spines of progressives worldwide. Do people really still do what Murdoch tells them? Yep! So what are progressives going to do about it?

I’ve written before about a clean, simple, narrative based on the idea that wealth equality is good for everyone. It’s good for the rich, it’s good for the poor and it’s good for everyone in between. I don’t see any evidence of UK Labour, or for that matter, the Australian Labor Party, taking any of my advice while they flounder from one issue to the next, poking holes in the Conservative narrative but not offering anything convincing to hold onto instead. Labour and Labor have mostly the right mainstream progressive policies, which mostly fit neatly into this simple narrative. Wealth inequality is bad for everyone (except the ultra rich). Wealth equality is good for everyone. I just wish progressives would jump on board and help promote this message, and rally Labour and Labor to own it, rather than sticking with the really unhelpful ‘if only Labour/Labor was more left wing’ narrative. Because we have an election of our own coming up and if Abbott wins again, I honestly think I’ll lose my mind.

6 Comments on “What went wrong for UK Labour?”