← What does Abbott stand for?
#OneTermTony – back to basics →

An Open Letter to Bob Day 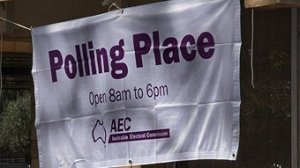 I would like it known from the outset that this is not a letter of congratulation. I will not be showing any joy at the news that you have been elected to the Australian Senate. The reason for my letter is to point out to you that those who voted for the two-word-slogan ‘Family First’ might be a little alarmed at finding out what you really stand for. Do they even remember that when you stood for the Liberals in 2007, you turned the marginal seat of Makin into the safest Labor seat in the country with a swing against you of 8.63%?

It does trouble me that many Australian voters are so uninformed that literally the sum total of campaign research carried out by them was to read the two words ‘Family First’ and to think ‘that sounds good’. And this is why I think it’s important that you be made accountable for your values, even if it’s subsequent to the public’s opportunity to choose whether you are a suitable representative for the interests of Australians.

On your website, your slogan is ‘Strong Families. Strong Values. Strong Australia’. I notice ‘families’ is mentioned all over your website and in your policies. However I was wondering if you could clarify for us exactly who counts as a ‘family’? I have a husband and three cats. Are we a family? Before I had a husband, and after I left my parent’s home, was I family then? What about if I happened to never have children? Or if I was in a homosexual relationship living with my partner? Or if I was an old-aged widow living on my own with no children? Or if I was single at the age of 32, still looking for the right man? Or if I was single at the age of 32 and contentedly not interested in living with anyone? Are any of these living arrangements something you would call a ‘family’? Are families just a collection of individual Australians living together or apart? Or, do your ‘strong values’ dictate that a family is a married man living with his wife, with children at home? I suspect only the latter are the Australians you are hoping to represent in the Senate. Am I right?

Keeping in mind that your policies are defined for your special, un-inclusive brand of ‘family’, I would like to scrutinize how exactly it is you think your Family First policies are going to benefit ‘families’. And by my definition of families being any individual with friends, relatives or animals in their life, also how your policies will affect all Australians. Each and every one of us.

It didn’t take me long to research your policies on the Family First website. They are what I would charitably call ‘concise’.  Let’s scrutinize two of these concise policies:

Climate change. You don’t believe in it. Apparently you think you’re smarter than 98% of the world’s climate scientists. I’m sure you’ve been told you’re wrong on this issue before, and you’ve ignored this advice. But have you been told that your willful denial is going to be remembered in generations to come as the very attitude which contributed to a planet too hazardous for future generations to live on? Have you been told you’re a dangerous extremist before? You have now. I’m fairy sure a warming world is going to have just as detrimental an effect on families as it is on everyone else. Especially since your definition of family seems to include heterosexual couples who have procreated and who are therefore bringing up the very people who will be most adversely affected by the catastrophic effects of climate change. Pity. How many people who voted for you knew they were voting for a climate change denier who will obstruct action to reduce the damage? How many of them knew they were voting for the destruction of their children’s future?

“The HR Nicholls Society believes that in a modern society there is no intrinsic imbalance in bargaining power between employers and employees and the regulation of workplace relations should be minimal. That is in the interests of both sides and in maximising economic growth for the economic and social benefit of the nation.”

“Family First believes it is time to acknowledge the inevitable and create, enshrine and protect in legislation employees and employers right to have the freedom to determine what is in their common interest.”

The thing that upsets me most Bob, is that you’re not even trying to deny that you would have been just as opposed to Work Choices as the union movement was, but for the reason that it didn’t strip workplace protection enough, not because it threatened collective bargaining. You would no doubt destroy the union movement if you could. You would no doubt put every employee on an individual contract, and you would no doubt fight to remove the minimum wage if you were given the chance. I wish people who voted for you understood this. I wish they understood that when you say you are supporting families by stripping away the regulation that you say makes it hard for them to get a job, what you’re really saying is that the employer should be able to do whatever they want to the employee, including firing them at will for no reason, and that the employee should have no rights to defend themselves.

For you to say you are ‘Family First’ with this attitude is insulting. The stability and prosperity of families relies on the adult’s ability to find and keep stable employment, and for that adult to have negotiating power in a situation where he or she does not have an equal relationship with their boss. Your buddies at the HR Nicholls Society are not only looking to increase the power of the boss over the employee, who might just so happen to be a mother or a father or a son or a daughter. They would also happily destroy every right that workers in this country have fought for.

I note your employment policy also includes this paragraph:

“The traditional employee – employer relationship, has become so regulated that we have, in the words of Richard Epstein “……created a legal edifice of stunning complexity. Protective laws abound on every conceivable aspect of the subject: health, safety, wages, superannuation, unionization, hiring, promotion, dismissal, annual leave, long service leave, retirement, discrimination, access and disability. The volumes of regulation, rulings, and cases on each of these bodies of law would take a treatise to summarize fully.””

These protective laws would no doubt all be at risk if you were given enough power. Health and safety laws. Wages (which you would like taxed at a flat rate of 20%, the same rate as the boss pays). Superannuation. Unionisation. Hiring. Promotion. Dismissal. Annual Leave. Long Service Leave. Retirement. Discrimination. Access and Disability. I would have thought these are all the protective laws your ‘families’ rely on for their security of employment. The security of their employment is their security in putting food on the table for their ‘family’.

Of course you’ll never admit that the simple truth is that you couldn’t be less interested in families and their welfare. The HR Nicholls Society agenda is to smash the protective power of governments so that there is nothing publically funded except a Defence and Police Force. And a user-pays capitalist system of education and health only for those who can afford it.

Victoria Rollison
(someone who clearly did not vote for you)

14 Comments on “An Open Letter to Bob Day”