← An Open Letter to the Mainstream Media
Haters want to hate → 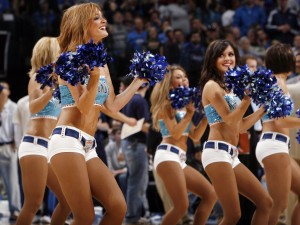 It’s surely not just me who has noticed the mainstream media losing their shit this week. It’s like the very sight of Kevin Rudd is crack cocaine – sending journalists into a frenzied, chest beating fit of prediction and smear. It’s not like we can’t explain why this happens. We can. It’s because Kevin Rudd is a stick to beat Gillard’s government with. But mark my words, if it wasn’t Kevin fucking Kevin, or Telstra’s asbestos, or Joel unhinged-Fitzgibbons or Labor backbenchers with their overnight suitcases being reported as having packed up their offices, it wouldn’t make any difference. I’m not going to waste any more time trying to find blame for this situation with the Labor Party, because surely this job has been done, and done and done and re-done many times with many more words than I could write in a hundred years. Let’s be honest. The axis of self-interests – the Murdoch, Rinehart, Abbott triangle is running the show. And they’re winning. This is a war, and the wrong side is winning. It’s a sad, humiliating fact for this great country. But it’s true. The 1% is kicking the 99%’s arse.

Labor does have a communication problem. I would like to see the best communicator in the world cut through a Murdoch smear campaign when his profits are threatened, but still, Labor does have a communication problem. But if you, like me, think it’s more important to judge someone by what they do, instead of what they say, it’s quite clear the Labor party is an incredibly successful outfit. It doesn’t matter who you are or what you’re rusted on to. This is fact. Policies, economic credentials and Labor party values intact – the Gillard Labor government is hugely successful. But this is the dagger in the heart of people like me who have been watching politics for the last three years, and have been reading mainstream news, and been incredulously reviewing the poll results. It’s becoming clear that it wouldn’t matter what the Gillard government did. Gillard could walk on water and it would be reported that she failed to swim. It’s as if we need to find a new word to outdo frustrating because it’s just getting too much to accept. The Labor government’s policies are popular. The budget is economically responsible. The economy is outperforming all expectations compared to all other developed nations in regards to growth, unemployment, inflation and interest rates. Gillard’s renewable energy policies are restructuring the economy for future challenges. The Labor Party is doing exactly what they promised us they would do – they’re being progressive. NDIS, Gonski, a nation building NBN, a Carbon Price, the mining tax, Paid Parental Leave. But it wouldn’t matter how many successes they have – in fact the more successful they are the more the Murdoch, Rinehart, Abbott triangle ramps up their opposition. And depressingly, it would appear that the interests of the mega-rich trump public interest hands down.

How have we come to this point in our nation where we would prefer to shrink back into a bigoted, mean, selfish, stop the boats, cancel the Carbon Price, kill the NBN, scrap Gonski’s education funding, boost Gina Rinehart’s fortune, prop up Murdoch’s out of date business model instead of being brave, bold and committed to a better future for our children? A nation who hates unions and public services, but who turn a blind eye to capitalist corruption. For what purpose would anyone in their right mind behave like a irrational Iain Hall (please stop commenting on my blog) troll and think that it’s a good idea to eat shit and whip on the handbrake with a vote for Tony Abbott?

If you’re waiting for the mainstream media to wake up and realise they’re failing the country by waging a political campaign to destroy the Labor government, you’ll be waiting forever. They’re all in Murdoch and Rinehart’s pocket. When the ABC is as bad as the rest of them, you know all hope is lost. All it takes is for one bad poll for Labor and every political journalist in the country shows their true colours by waving their poms poms in the face of every Labor MP they can find. And when I say true colours, I mean the colours of their bosses. Just as one example of the priority of our journalists and the news they choose to focus on – this week Greg Combet told Parliament the Carbon Price is working – emissions have reduced by 7.4%. This is big news, I would have thought. But the radio report on ABC’s Radio National did not mention this important fact. No. Instead, their report was on Combet’s response to a question from them about what he will do if Labor loses the election. I rest my case. If this country wants Murdoch, Rinehart and Abbott’s 1% to decide their futures, they deserve everything they get.