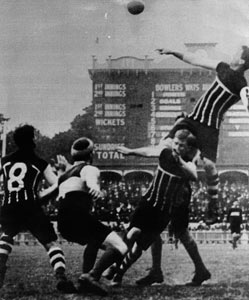 Yesterday I saw the movie The Best Exotic Marigold Hotel. I give it five stars. This is not why I’m mentioning it in my post. One small part of the film got me thinking about the Australian class system, and why it is the way it is.

In the movie, there is a servant working at the hotel who is from the Indian ‘untouchable’ caste. I’ve always hated hearing about the caste system in India. Such entrenched disadvantage and discrimination is terrible for a society. That train of thought got me thinking about whether Australia has an ‘untouchable’ class, and, influenced by this article I read in the SMH by Peter Hartcher, I’ve decided we do. But unlike India, where the untouchables are poverty stricken, Australia’s ‘untouchable’ class is the richest people in our society. It seems to be that this sub-set can do or say anything they like, and remain completely untouched by criticism or scrutiny.

As an example, apparently Clive Palmer, mining billionaire, can get away with saying that the Greens are financed by the CIA in a conspiracy to bring down the Australian coal industry (WTF!), and can then days later joke that he only said it to help the LNP’s chances in the QLD election that weekend. A party to which he has donated millions of dollars. Australian journalists report this all as if Palmer has every right to ‘play’ the media and the public in this way. Supposedly because he’s rich. So why does his wealth make him so untouchable? Why can he say and do anything he likes and the media will report it as genuine news, when anyone with half a brain can see that his only motivation in life is to further his own wealth? He’s not fighting against the carbon tax because he doesn’t believe in climate change. He just doesn’t give a shit that the climate is changing. As long as his wealth is growing, his needs are met. In Hartcher’s article, Greens leader Bob Brown was quoted as saying: “This (Clive Palmer’s comments) has generated more publicity in Queensland than the whole Greens campaign. Our campaign launch had zero coverage.” This situation is completely beyond ridiculous. Every time Palmer, or fellow mining billionaires, Rinehart and Twiggy open their mouths to let out a belch of tax hating, wealth loving, greed promoting, self-interested gibberish, the media report it as fact and such very important fact at that. Wake up people!

The Australian public on the whole have a very strange attitude towards class. I assume it’s similar in most western societies, where a large proportion of the middle class would like to think of themselves as upper class, and do their best to espouse this belonging by being derogatory about the working class. I see this attitude a lot through two of my passions – football and politics. I’m a passionate supporter of my football club, Port Adelaide. My club has a long and proud history of success (even if we are going though a bit of a dry period at the moment). I support this club because my grandpa did, and my dad and now my whole family. The club has working class roots and these days has a huge mixture of supporters from the very poor, to the very rich. Having been back in Adelaide for a couple of months now, I am reacquainting myself with the way that many in this city use snobbery about Port Adelaide to make themselves feel like they belong to a higher class. Basically, by being derogatory and rude about Port supporters, in most cases to our faces, they are making themselves feel like they must have achieved some sort of status in the world, as only those who aren’t working class could be in a position to degrade the ‘bogan ugg boot wearers’ from Port Adelaide. If I didn’t find it so offensive and downright annoying, it would be amusing. Similarly, I believe many people in this country vote for the Liberal party because they believe that this signals that they are not working class, and have thus achieved something in life. Little do they care, or try to understand, that the Liberal party doesn’t exist to support middle class Australia.

Perhaps the division between left and right wing in this country is much simpler than I am making it out. A study by Canadian academics has shown that “right-wing ideology forms a ‘pathway’ for people with low reasoning ability to become prejudiced against groups such as other races and gay people”. In my experience, you can add class to this list as well. All you people out there with low reasoning ability, who think Clive Palmer is untouchable because he is rich, and think that by being derogatory about Port Adelaide you are embedding yourself in a higher class, perhaps it’s time you had a think about what is motivating your prejudice.