← When is a manuscript finished?
Pay as You Read – eBook Promotion → 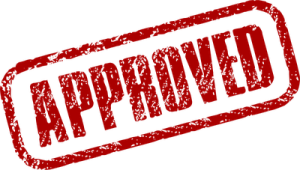 Happy days! My beta reader enjoyed Conspire. I was worried that he would hate it when I found out (after sending him the manuscript) that he is not just an avid reader and writer, but also a soldier in the American army, currently serving in Iraq. Geez! Talk about far off course from my target market! Considering the themes in Conspire, I actually thought I might offend him. But even if he was offended (and he didn’t say he was), he definitely enjoyed my story!

Below is Clark’s critique. I’ve removed sections that give away the plot. I am incredibly grateful for the feedback and I am now busily revising all the areas that Clark has pointed out as problematic.

I just finished reading your manuscript and you really do have a page turner here. I really did keep wanting to get back and read more and there was a temptation to read real fast in order to find out what would be happening next but I slowed down and took notes. I hope that this feed back will be effective for you. I will put it in two categories and you can choose to read them in whichever order you like (not sure if you like having positive or negative first).

Best wishes as you move forward to the next step,